Omilos deepens into all Arts, as it also does with all Sciences, all Philosophies and all the ways, through which the spiritual field is expressed.

On the 12th of October 2018 we invite you to join our event titled “Byzantine Music: an Ode to God and its Path through Time” at Morley College, London.

Byzantine music is a unique kind of music with distinctive features. It has its roots in the early Byzantine era but it also incorporates elements that stem from Ancient Greece. It forms its own complete notation system in the 10th century A.C., different than the known notes of the classical pentagram, and it is still evolving until today. It is liturgical-religious music, while its main feature is that it is monophonic and uses only the human voice, as the most perfect musical instrument.

This presentation will be held by Omilos Eksipiretiton (The Servers’ Society), a School of Thought and Action founded in 1980 in Athens, Greece; its aim is the development of the spirit and the promotion of Greek civilization.

The first part of the presentation will be an introduction to the basic characteristics of Byzantine music and the second part will be an interactive experience using the notation system as a guide and the human voice as a means of expression. 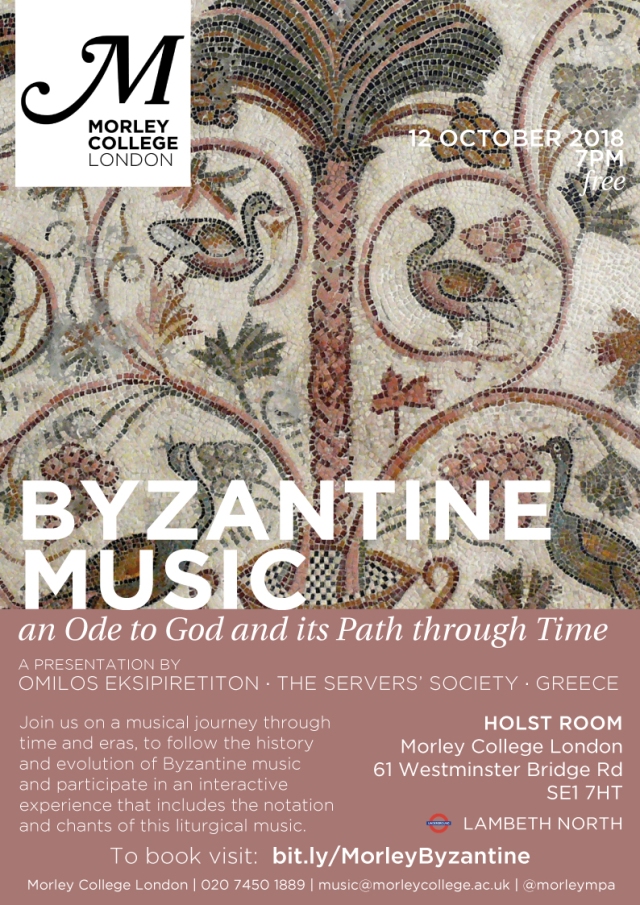 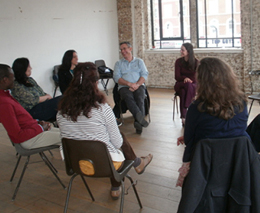